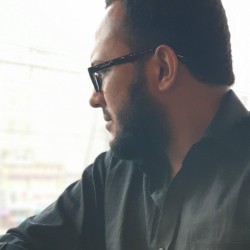 Follow Us
Arif Chowdhury
CEO and Founder at Cliobra
Arif Chowdhury is the CEO and founder of Cliobra. An active digital marketer specialized in both search engine marketing and social media networks. With more than 10 years of practical experience in small to large organizations management, he provides consultancy on how to manage both sales and marketing departments.

Follow Us
Latest posts by Arif Chowdhury (see all)

In today’s world, Facebook is one of the country’s most successful advertising channels. Many organizations have taken advantage of Facebook’s expanding ad platform as the social media giant has reached over 2.7 billion active users.

Many of the advantages of Facebook ads are now self-evident, but there are many complexities associated with this type of paid promotion. Before you can perceive how Facebook’s paid ad network can enable you to reach new audiences, you need to know what it has to offer companies and why its paid marketing network is unique.

Table of Contents hide
Why is Facebook the best social media for business?
What should I know about Facebook marketing?
For what purpose can Facebook serve as an effective marketing tool?
Various options are at your disposal.
Has a worldwide audience.
Pays for adverts that are precisely targeted.
Makes it feasible for organic reach to be achieved.
You may easily integrate marketing channels.
How many types of Facebook markets are there?
1. Twitter
2. Instagram
3. Snapchat
4. Pinterest
5. LinkedIn
Is it a good idea to advertise on Facebook?
1. Determine who you want to reach out to on a more personal level.
2. It has any social media network’s greatest ROAS (return on investment).
3. Ad formats that are more relevant to your company’s demands.
4. You may decide how much you want to spend on them.

Why is Facebook the best social media for business?

Facebook is the best social media for business because it offers an enormous customer base, excellent marketing opportunities, flexible targeting options, and a cheap and effective marketing platform.

Social media has had a profound impact on the way people and businesses interact, conduct business, and allocate ad budgets.

Meta (FB), previously Facebook Inc., jumped to the highest point of the social media heap in the twenty-first century, outpacing competitors such as Twitter and LinkedIn in terms of audience and profitability.

Facebook dominates the social media world because of its ability to accommodate a wide range of users and media types, such as photos, messages, and text. Like LinkedIn and Twitter, it isn’t as focused on a specific demographic as these other social networks.

Suppose you’re looking for a place to put your advertising dollars. In that case, you can’t beat Facebook’s 2.91 billion active monthly users, making it nearly impossible for any other social media platform to catch up.

You should that, advertising on Facebook can reach a massive audience by using a combination of paid and organic posts that are highly targeted at specific demographics. With more than a decade under its belt, Facebook has become the most widely used social network in a significant marketplace.

For what purpose can Facebook serve as an effective marketing tool?

Various options are at your disposal.

Social media, email, instant messaging, search engine results, text messages, and online push notifications are just a few of the digital marketing tools at your disposal for connecting with your target audience. Consider the following factors when deciding whether or not your company should use Facebook:

Has a worldwide audience.

Every day, more than 1.5 billion people access Facebook. Every month, there are around 2,3 billion. This large audience is shown adverts from millions of different brands every day.

Pays for adverts that are precisely targeted.

Advertisement campaigns may be tailored to a particular customer base using demographic or behavioural data that consumers freely provide with Facebook.

Makes it feasible for organic reach to be achieved.

If you don’t have the money to pay for Facebook Ads, you may establish connections organically by providing helpful content to your followers on your official Facebook page. Although your postings will appear in the newsfeed, it will be difficult to automatically create a following due to the enormous level of competition.

You may easily integrate marketing channels.

Marketing on Facebook isn’t done in a silo. As part of a marketing strategy, you may use it in conjunction with other channels such as email and mobile campaigns, PPC advertisements, and Facebook direct messaging advertisements.

For the last several years, Facebook hasn’t been all that enjoyable. As a result, many people switch out or cancel their accounts entirely due to political strife, fake news, or privacy concerns.

We’ve compiled a list of the top alternatives to Facebook for individuals who want something new, from even the most famous opponents to some of the latest upstarts.

The status update was one of Facebook’s most foundational features, and Twitter appropriated it and made it its app. Celebrities and politicians are now using it to express their thoughts, photos, and videos.

There are a lot of them that generate media stories in their own right. However, when it comes to breaking news, most media outlets now use Twitter as their primary means of disseminating information.

Despite Facebook’s ownership of Instagram since 2012, many users who left the social network have made it their new home.

Photos of food, landscapes, vacation, and pets are among the most popular types of content shared on Instagram.

For a young, more private audience, Snapchat may have begun as the alternative to Facebook for sending self-erasing picture messages.

Maybe you don’t give a rip about what your “friends” are up to at any given moment. But you’ve had enough of it on Facebook over the years.

While LinkedIn is a terrific location to hunt for a new job, it’s also a fantastic way to keep up-to-date on your sector and network with coworkers and fellow industry influencers.

However, keep in mind that the LinkedIn platform is a corporate social network, so all of your updates, images, and links to content should be appropriate for the workplace.

Is it a good idea to advertise on Facebook?

1. Determine who you want to reach out to on a more personal level.

Facebook is no exception to the rule regarding social media advertising, which allows marketers to target their advertisements to specific demographics based on user data. In reality, Facebook’s data-rich platform is one of the critical advantages of advertising there. Micro-targeting allows you to focus your marketing efforts on specific groups of people.

2. It has any social media network’s greatest ROAS (return on investment).

According to Wolfgang Digital’s 2020 KPI analysis, Facebook’s user feed advertisements are the most effective ad kind for eCommerce. Facebook has a stranglehold on the market, with the most popular ad formats being Facebook Newsfeed, Chat, and Markets. Based on Statista, 41% of polled marketers said Facebook had the greatest ROAS, placing it in front of the most relevant target audience in social media platforms for marketing.

3. Ad formats that are more relevant to your company’s demands.

Advertising on Facebook provides a wide variety of ads, some of which are not accessible via other paid channels.

4. You may decide how much you want to spend on them.

Like many other pay-per-click ad models, Facebook Ads are open to all companies, and the Facebook Ad Manager tool is no different. Providing an ad budget and running the ad is the sole expense.